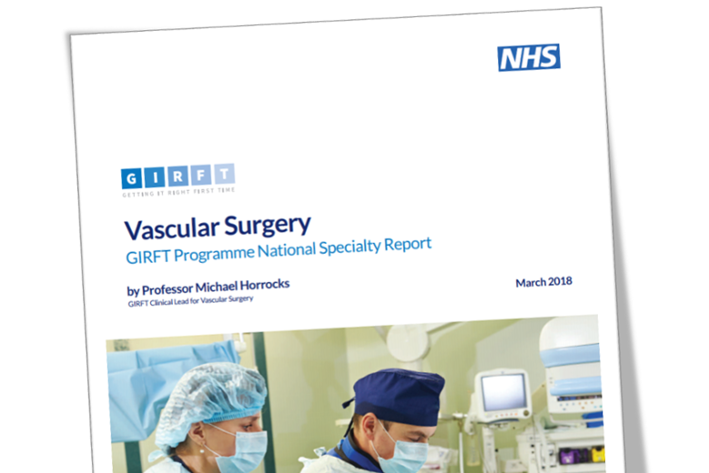 “These important recommendations from Professor Mike Horrocks could not only save the lives of 100 patients a year, but get vascular patients quicker test results, shorter waiting times and better recoveries, all while saving the NHS £16 million.

I urge trusts across the NHS to use this advice to help end unwarranted variation and make the NHS the safest and most efficient healthcare system in the world.”

The NHS could save more lives by enabling more patients to receive urgent surgery sooner if a fully-fledged vascular networks model was adopted across the NHS in England.

According to the latest report from the Getting It Right First Time (GIRFT) programme, this would help to reduce the likelihood of life-threatening strokes, TIAs (transient ischaemic attacks), aortic aneurysm ruptures and arterial blockages.

The recommendation for networks has been welcomed by The Vascular Society and the Royal College of Surgeons.

Seventy NHS trusts in England conduct vascular surgery and many of these collaborate within a local network.   However, there is no standard model across the NHS for networks and there is large variation in size, staffing and throughput.

Analysis by GIRFT has found that the adoption of a fully-fledged nationwide, 7/7 vascular surgery ‘hub and spoke’ network of specialist units treating every vascular surgery case as ‘urgent’ could save 100 more lives, substantially reducing the risks associated with blocked arteries such as sudden death, strokes, restricted movement, and amputations.  The creation of central specialist vascular surgery hubs would ensure round-the-clock availability of the early diagnostics, decision-making expertise and intervention so often critical to the successful treatment of vascular conditions.

Professor Horrocks explained: “By looking at the trusts’ own data and by holding frank discussions with clinicians and managers it became clear that the current surgical service is not configured to meet the clinical needs of vascular patients.  In-depth analysis of the unwarranted variation in trust data, allowed us to identify how best to structure the vascular surgery field for patient requirements and to make trusts more efficient.

“By ensuring all units are operating within a hub and spoke network model, defined locally according to agreed national principles, we will be able to deliver the timely decision-making capability, diagnostics, and treatment vital to improving patient outcomes.  These recommendations will be both transformative for vascular patients and good for the NHS.”

The recommendations promise to make vascular surgery less debilitating and easier to recover from and, most importantly, an opportunity to prevent over 100 deaths by reducing mortality rates for some vascular procedures.

The recommendations, which have been fully endorsed by the Vascular Society of Great Britain and Ireland, will be delivered by GIRFT’s implementation teams, working with NHS Improvement and alongside bodies such as NHS England, and the Royal College of Surgeons, as well as directly with trusts, Clinical Commissioning Groups and Sustainability and Transformation Partnerships.

Miss Susan Hill, a Consultant Vascular Surgeon and Vice President of the Royal College of Surgeons, said: “Vascular surgery involves complicated and high risk procedures performed by both surgeons and interventional radiologists.  Patients with arterial disease can be at risk from sudden death due to ruptured aortic aneurysm, death or disablement due to major stroke and limb loss secondary to occlusive arterial disease (caused by blocked arteries in the legs), or complications of diabetes.

“The GIRFT Vascular report shows that many patients with potentially fatal conditions can wait far too long before they see a consultant vascular surgeon.  It also demonstrates great variation in provision of care across the country which does not need to be the case.  GIRFT recommendations include the reconfiguration of vascular services into networks with high volume regional central units, a model the Vascular Society has recommended for many years.  This would improve access to specialists, improve outcomes, and reduce costs.

The Royal College of Surgeons unequivocally supports GIRFT and urges the NHS to act upon Professor Horrock’s recommendations.”

Mr Kevin Varty, President of The Vascular Society, added: “The society and our members have worked with the GIRFT team to complete this initial analysis of the vascular services we currently deliver. This identifies the strengths and weaknesses of our services and highlights the improvements we can make. This provides us with the benchmark from where we can plan further change. Working with the GIRFT team we believe we can improve the quality of care patients receive with better outcomes delivered at the right time. There are also potential cost savings highlighted in this report from reduced complications, hospital stays and re-admissions. There is therefore much to be gained from this report and implementing its recommendations.”