The GIRFT national report for general surgery was published in August 2017. 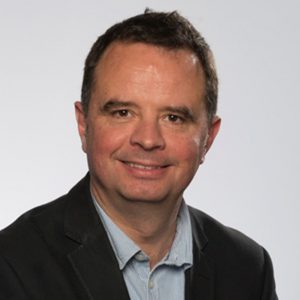 Mark has been a consultant in general and colorectal surgery at SaTH since 2005. He has particular interests in the surgery of inflammatory bowel disease, proctology, abdominal wall reconstruction and emergency surgery.

He is a fellow of the Royal College of Surgeons of England and a member of the Association of Surgeons of Great Britain and Ireland, the Association of Coloproctology of Great Britain and Ireland and the International Society of Surgery. He is an editorial board member of the World Journal of Surgery and co-editor of Schein’s Common-sense Emergency Abdominal Surgery.

Mark has a keen interest in clinical leadership and quality improvement and was divisional medical director between 2013 and 2022. He was awarded a Generation Q Fellowship by the Health Foundation in 2015 and is an affiliate at the Centre for Health and Care Leadership in Birmingham University.

John has been a general and colorectal surgeon at Queen’s Medical Centre, Nottingham, since 1998. His particular interests are complex inflammatory bowel disease, intestinal failure, and abdominal wall reconstruction, and he is also a screening colonoscopist.

John led the GIRFT general surgery workstream as clinical lead and was the author of the specialty national report, which was published in August 2017.