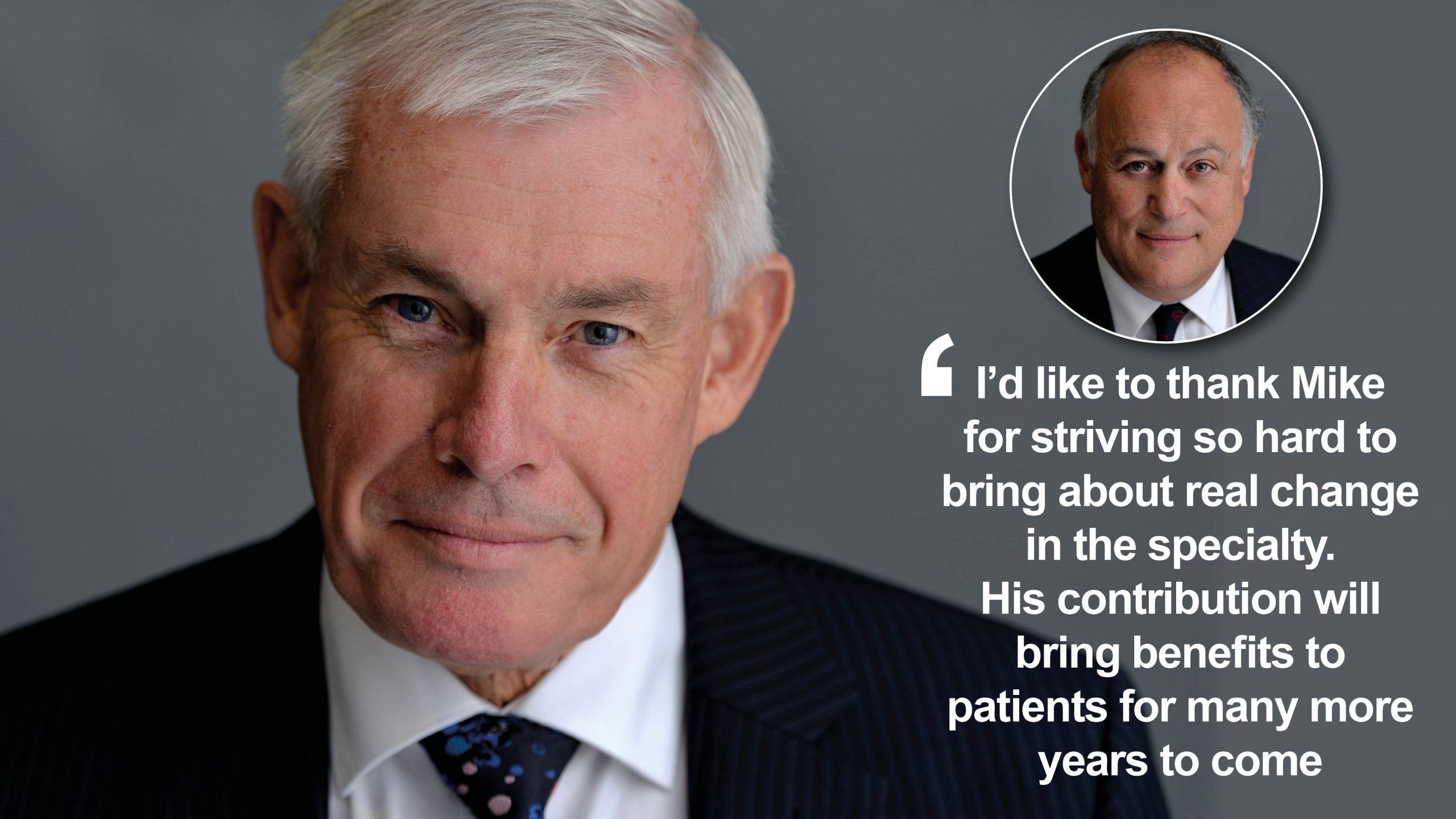 One of the first clinical leads to be appointed to the Getting It Right First Time (GIRFT) programme is stepping down from his role heading the vascular surgery workstream.

Professor Mike Horrocks has been praised for his dedication and achievements as he retires to spend more time with his family.

Mike joined GIRFT as a clinical lead in 2015, after funding was announced for the GIRFT methodology to be applied to ten surgical specialties following the initial orthopaedic pilot.

In addition to his clinical lead role, Mike later became a clinical ambassador for GIRFT in the south-west region, working with clinicians and senior managers at NHS trusts to improve quality of care in response to the findings of GIRFT specialty deep-dive visits and national report recommendations.

Professor Tim Briggs, GIRFT Chair and national director of clinical improvement for the NHS, said: “Mike has been on board with GIRFT from the early days and no one could have been more passionate about improvement or more dedicated to what the programme set out to achieve.

“Three years on from publication, the recommendations in his national report continue to enable patients to receive urgent vascular surgery sooner, reducing the likelihood of stroke, TIA and arterial blockages.

“On behalf of the whole GIRFT team, I’d like to thank Mike for striving so hard to bring about real change in the specialty – his contribution will bring benefits to patients for many more years to come.”

Mike has focused on both elective and emergency vascular surgery in networks and trusts throughout his long career in the NHS.

He was professor of surgery at the Royal United Hospital in Bath before his retirement from clinical practice and has previously worked as secretary general of the European Society of Vascular Surgery, president of the Vascular Society of Great Britain and Ireland, president of the Association of Surgeons of Great Britain and Ireland and a council member of the Royal College of Surgeons, culminating in the post of senior vice-president..

As GIRFT clinical lead for vascular surgery, he visited all 70 NHS trusts in England conducting vascular surgery. His national report set out 17 recommendations to improve the way vascular surgery was delivered, with the goal of enabling patients to receive urgent surgery sooner. His recommendations have helped deliver better surgical outcomes for seriously ill patients, reduce length of stay, cut readmissions and make better use of surgical resources.

More recently, in 2020, he collaborated with the Vascular Society to publish guidance on resuming vascular surgery in the light of the COVID-19 pandemic in his role as co-chair of the National Joint Vascular Implementation (NJVI) board.

Mike said: “Ever since I was introduced to the concept of GIRFT by Professor Tim Briggs I was convinced it was an excellent programme for clinical improvement. I felt that the opportunity of clinical leadership with good data could lead to improved clinical outcomes and treatment could become more timely and cost-effective. I was also attracted to the opportunity to bring clinicians and managers together to jointly implement the recommendations made and agreed at deep dives.

“I am pleased that the response of the vascular community has been very positive to the recommendations. It has been rewarding to work so closely with Specialised Commissioning staff, the Vascular CRG and the Vascular Society to raise the profile of vascular surgery and improve patient care.

“I will follow further GIRFT improvements with great interest, and I wish my successor and the GIRFT project every success.”