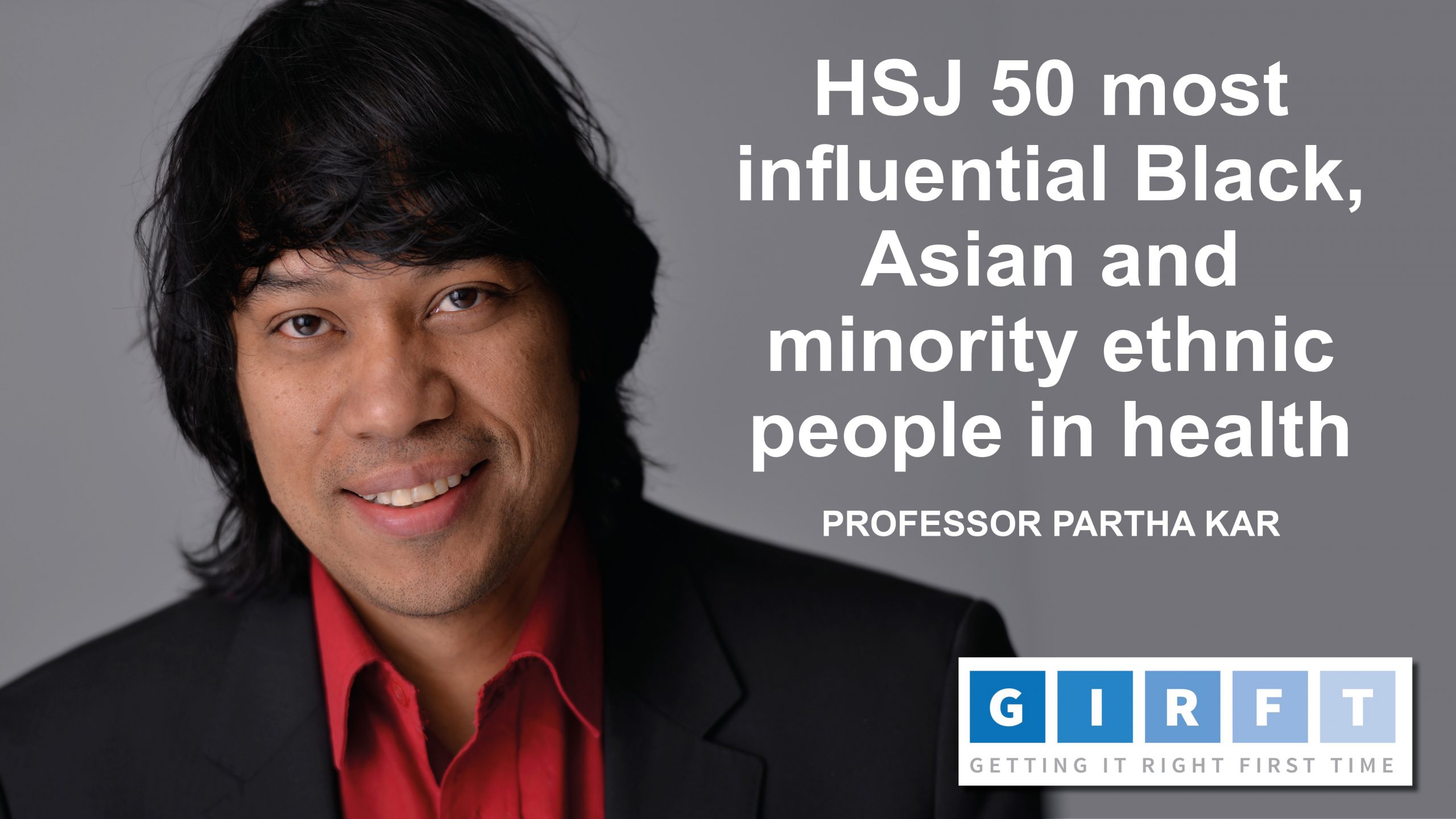 Professor Partha Kar OBE, joint clinical lead for the Getting It Right First Time (GIRFT) diabetes workstream, has been named by the Health Service Journal for the second year running as one of the 50 most influential Black, Asian and minority ethnic figures working in healthcare in England.

In addition to his GIRFT role, Professor Kar is national specialty adviser for diabetes and obesity for NHS England and recently joined the Workforce Race Equality Standard team to lead on the delivery of actions set out in the medical WRES report.

He is cited in the list for his work in pushing for the introduction of technology such as wearable glucose monitors, co-creating a series of Talking about Diabetes talks and a comic for those with type 1 diabetes, and setting up an online support group of diabetes healthcare professionals during the pandemic.

As an avid Twitter user, he has often highlighted the racist abuse he receives online and has spoken about racism he has experienced professionally.

Sponsored by the NHS Race and Health Observatory, the HSJ list comprises the 50 Black, Asian and minority ethnic figures who the judges feel will exercise the most power and influence in the English NHS and health policy over the next year.

In his role as joint clinical lead for GIRFT’s diabetes workstream, alongside Professor Gerry Rayman, he visited trusts across the country to review diabetes services and identify good practice, before publishing their national report in November 2020.

The report outlines a series of recommendations to help improve outcomes for patients with diabetes receiving hospital care, including establishing specialist multidisciplinary diabetes inpatient teams (MDiTs) in every trust to ensure patients with diabetes are monitored and managed throughout their stay in hospital, and training for every healthcare professional who dispenses, prescribes or administers insulin, to help reduce insulin errors.

Professor Kar was made an Officer of the Most Excellent Order of the British Empire (OBE) in the New Year Honours list 2021.