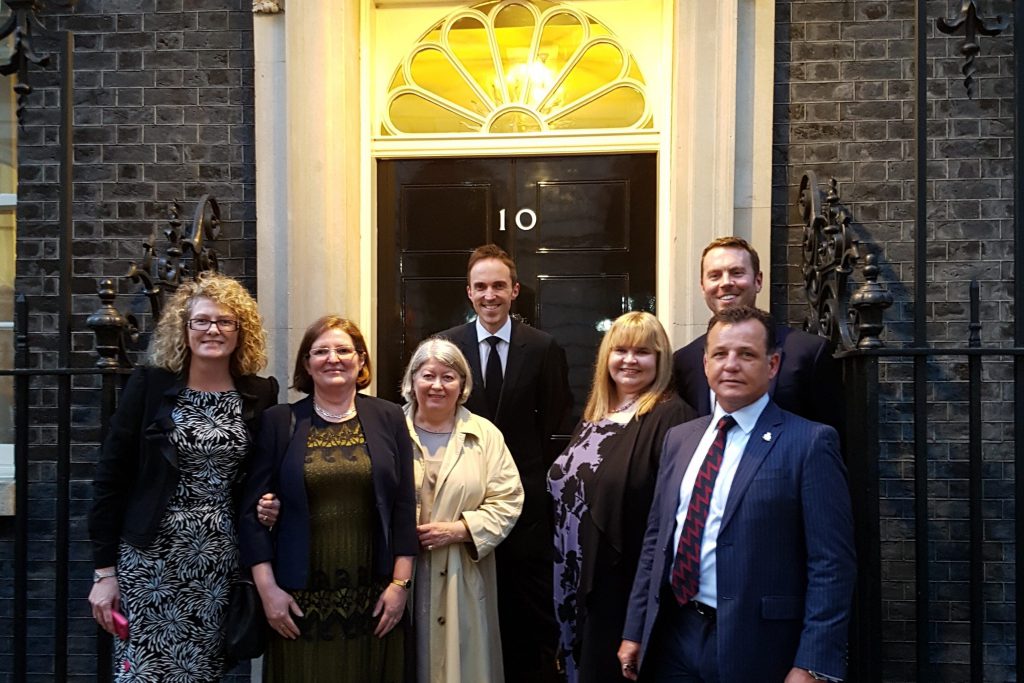 The GIRFT clinical leads and senior management team were invited to a special meeting at No 10 Downing Street by the Secretary of State for Health, the Rt Hon. Jeremy Hunt MP. This was the first time a NHS programme had been invited to No. 10 highlighting the importance that the government has placed on the GIRFT programme.

The team were addressed by Lord Carter, Professor Tim Briggs – Chairman of GIRFT – as well as Jeremy Hunt, who emphasised his commitment to the GIRFT programme along with his desire to support this clinically led programme to achieve the reduction in unwarranted variation and improved quality of service and outcomes for patients.

The GIRFT team were received in The Pillared Room, an impressive staging area for receptions having been used for signing international agreements, entertaining the 2003 World Cup winning England Rugby Union team, and where inventor John Logie Baird demonstrated one of his new-fangled television sets!